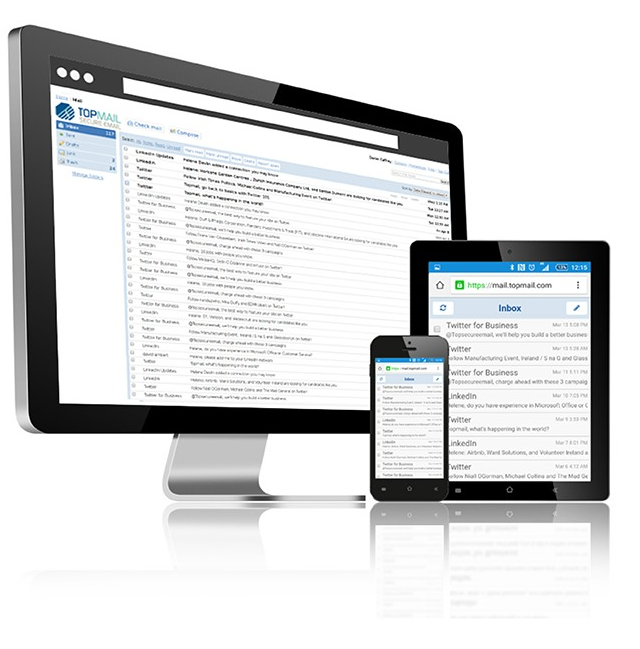 We now support 50MB attachments to emails. As the internet has grown - so has the size of data. We found that users increasingly wanted to be able to send the occasional large file so we implemented this new email feature. So whether it's a ZIP file with hundreds family photos, an album of MP3 files or even a short film or video then we can support that.

In the past users of the Topmail webmail interface had to upload files by clicking buttons in a laborious two step process. We've now implemented a new email feature where you can drag and drop from the desktop, so users can just add files to an email as easily as they could when using other applications.

Due to the security conscious background to our product, we had not previously implemented the auto-saving of drafts. Naturally this could cause some annoyance when users lost a long email! We've listened to our users and implemented an auto- save feature that still remains highly secure for encrypted messages.

We're always working to improve our system and to provide the highest standards in security and customer service. Please contact us if you have any feature requests or observations about existing email features.